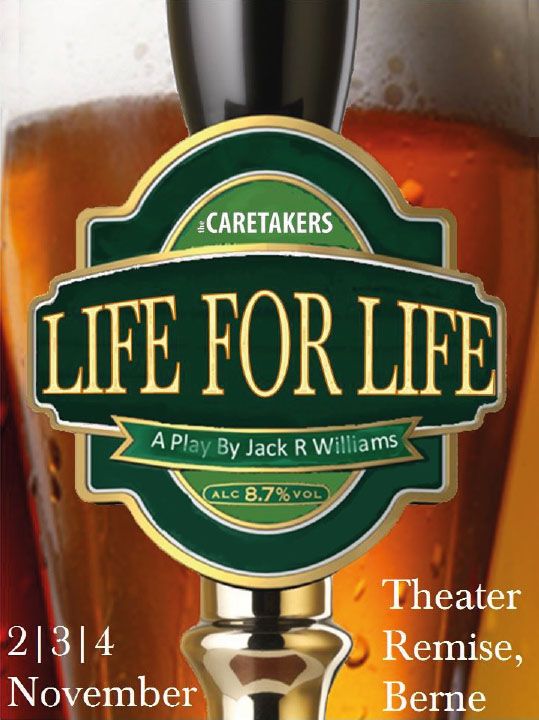 Life for Life premiered 2 November, 2012 at the Theater Remise in Bern.

A black comedy by Jack R. Williams
Tommy is dying; the years of alcohol abuse have finally caught up with him and a liver transplant is the only thing that can save him.
As his friends Oli, Jamie and Chris are trying to come to terms with his fate, they are approached by the bizarre Doctor Brinkley who offers them a chance to save their friend’s life. All he’ll need is “fifteen thousand pounds and a body … a newly-deceased body”.
So while their friend lies dying in hospital, the three must first find the money and then fulfil the abhorrent task of finding a body in order to save Tommy’s life. After stealing their dying friend’s car and selling it to Jaundice, a dodgy acquaintance of Chris’, they turn to the second part of their mission – finding a newly-deceased body – which proves more difficult than they first thought.
Cast