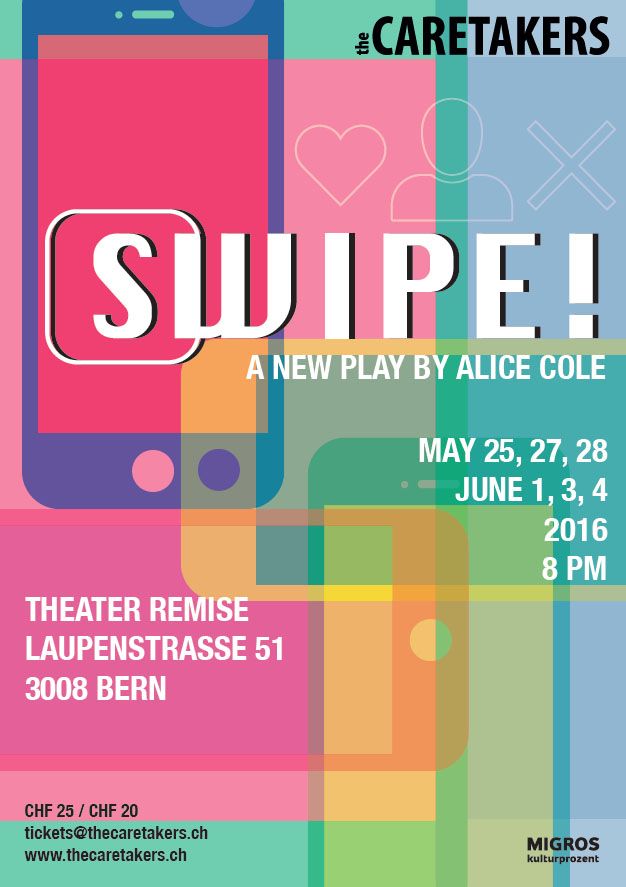 Swipe premiered on 25 May 2016 at the Theater Remise in Bern.

A small group of people, a failing bookshop and a mobile dating app.

Sarah and Chris are struggling to keep their relationship going. Chris, a tech savvy music producer, uses the app to give his ego a boost. Sarah, who runs the bookshop, prefers a more old-fashioned form of infidelity. Liz works for Sarah but spends most of her time on the app. Jeremy is too shy to ask her out but after a chance meeting with Chris, he downloads the app and finds Liz’s profile. When they match, he thinks he’s met the girl of his dreams and falls for her only too easily. These relationships are observed by Cathy, a lonely character who prefers to communicate with her diary than those around her. Ambiguity abounds as emotions rise. Swipe if you dare!