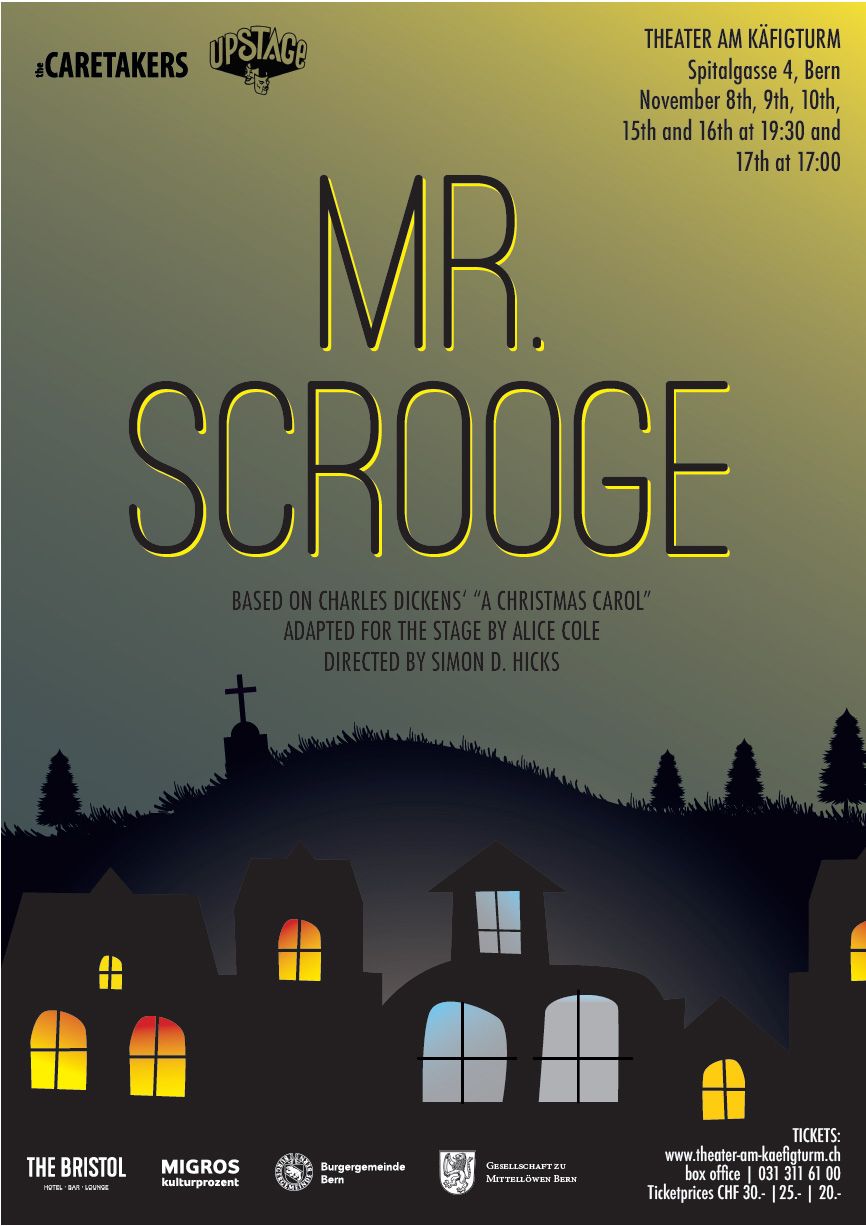 Mr. Scrooge premiered on 8 November 2018 at the Käfigturm in Bern.

Mr Scrooge is a new adaptation of Charles Dickens’ “A Christmas Carol” by Alice Cole and directed by Simon D. Hicks. Ebenezer Scrooge is a bitter and miserly banker, shutting himself off from both the joy and the suffering of his fellow citizens. On Christmas Eve he is particularly harsh to everyone in his way, turning down an invitation from his nephew and striding home to spend Christmas all alone. In this new adaptation of the classic story, we follow Mr. Scrooge as his life is transformed by some unusual Christmas visitors.