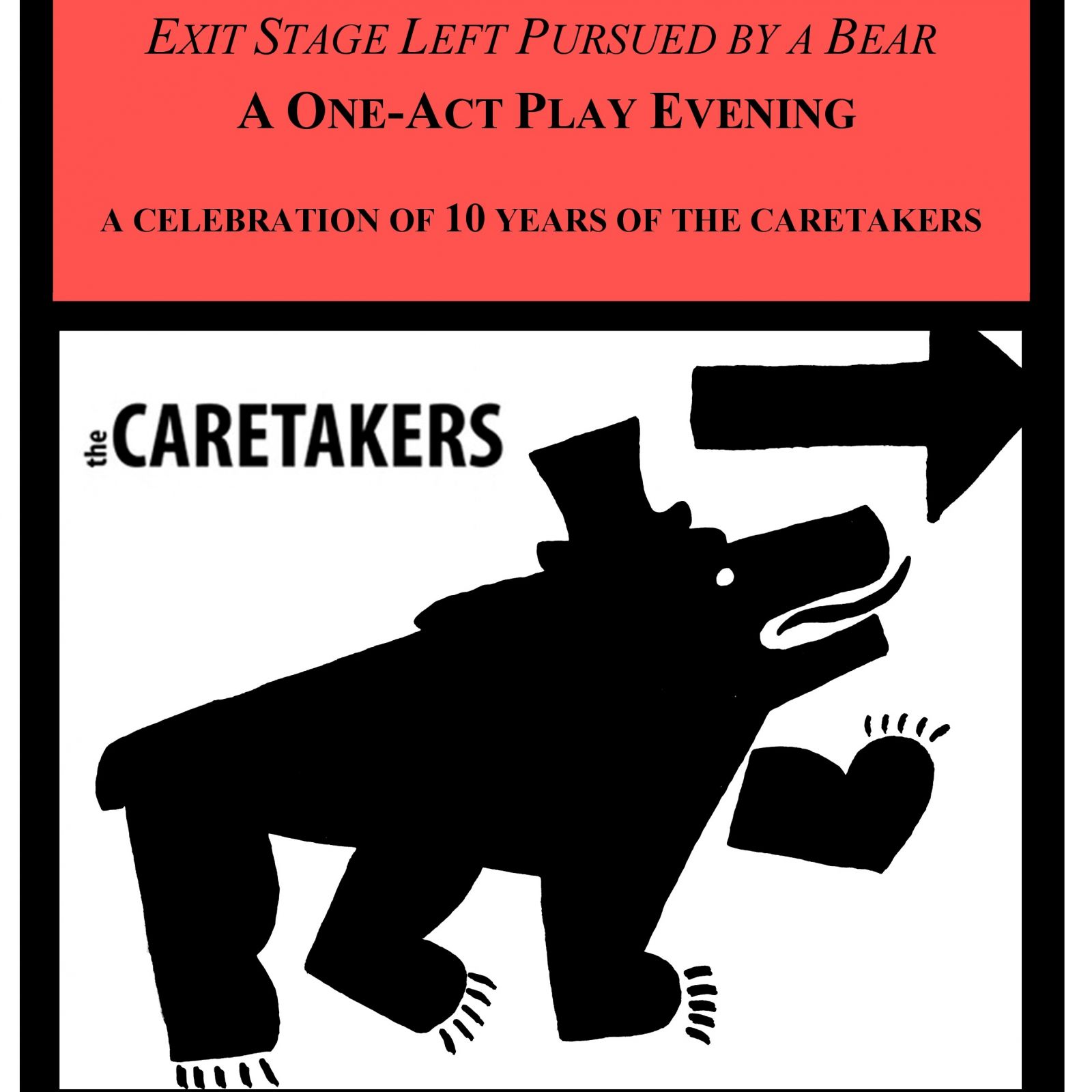 Exit Stage Left Pursued by a Bear premiered on 17 October 2020 at the Ono in Bern.

Frankie
Written & Directed by Alice Cole
Starring Evelyne Feller & Anna Möll
Anna, Evi and Frankie are a family, at least they share the same apartment, but Frankie’s increasingly unpredictable behaviour is putting a strain on the girls’ relationship. Based on a true story!

The Pleasure is Mine
Written by Jack Williams
Directed by Chris Huguenin
Starring Alice Cole, Hulda Jonsdottir & Susan Higson
In a quiet little café in Central London, two women are meeting for coffee. Theresa is a high-strung and image-conscious cabinet minister; a consummate career politician. Nicky is a smart and ambitious former colleague who has fallen into disfavour. The two exchange pleasantries, but each has her own reasons for being there. But who will come out ahead?

The Trick
Written by Dorota Solarska
Directed by Alexander P. Sigrist & Hulda Jonsdottir
Starring Chris Huguenin, Katia Grütter & Nathalie Rüttimann
A washed-up magician has hopelessly fallen in love with Blanka, a mysterious woman who comes to see his show every night. If only his star of the show, a depressed bunny, would stop drinking, he could certainly convince her that she belongs to him. But what are Blanka’s real plans? And is Blanka even her name?

Sorting This Thing Out
Written by Franz Andres Morrissey
Directed by Chris Huguenin
Starring Tom Derrington & Evelyne Feller
Mark has reached the end of the line. His wife has just left him, so he does what he believes all men must do when the shit goes down: drink. His companion, Pat, is of little comfort. She won’t offer sympathy, won’t stop criticising him and won’t even partake of the whisky. But somehow, Mark seems to need her around.

Changing Pictures
Written by Jack Williams
Directed by Evelyne Feller & Simon D. Hicks
Starring Richard McKinley & Nik Sarbach
Art provides for intellectual and emotional reflection. We all love art and we know what we like, which has nothing to do with money, of course, as long as it’s expensive. That’s aesthetics, isn’t it?

Bill, the Duckbill. Or: A Momentary Lapse of Reason.
Or: Some Individuals. Or: Unconceptionel. Or: When People Meet.
Or: One Day, You will Wake up and Feel Alive Again.
Written by Alexander P. Sigrist & Roberto Scaramuzza
Starring Katia Grütter, Hulda Jonsdottir & Alexander P. Sigrist
This is the epic story of Bill, the Duckbill, who has robbed a gas station and is now presumed dead… or is it? You might feel a tingle of Monty Python as this play, that refuses to play by the rules, bombards you with a barrage of stuff.