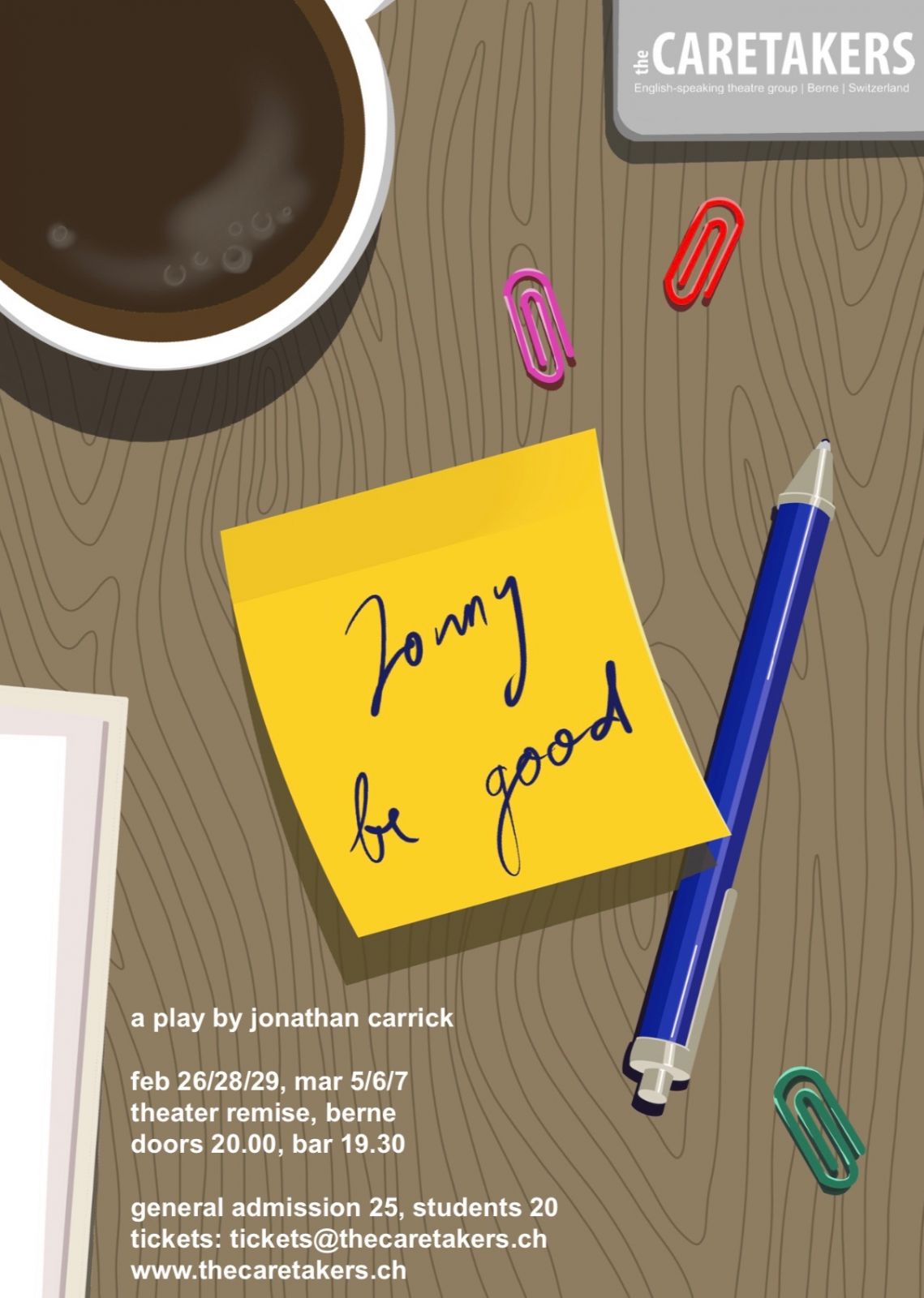 Jonny be Good premiered on 26 February 2020 at the Remise in Bern.

“Jonny be good” tells the story of a young man who enters the world of business administration. Along the way, he meets his first love (Mandy), first horrible boss (Dave), his first close friend (Katie) and his first rival (Paul).

The question is, are these firsts what life is all about or is it really just the beginning?

A play with some lively banter, a fair amount of booze and some making out, this is Jonathan Carrick’s first ever written and directed play, having been active on and off-stage around the “English-speaking” theatre scene in Berne for the last five years.