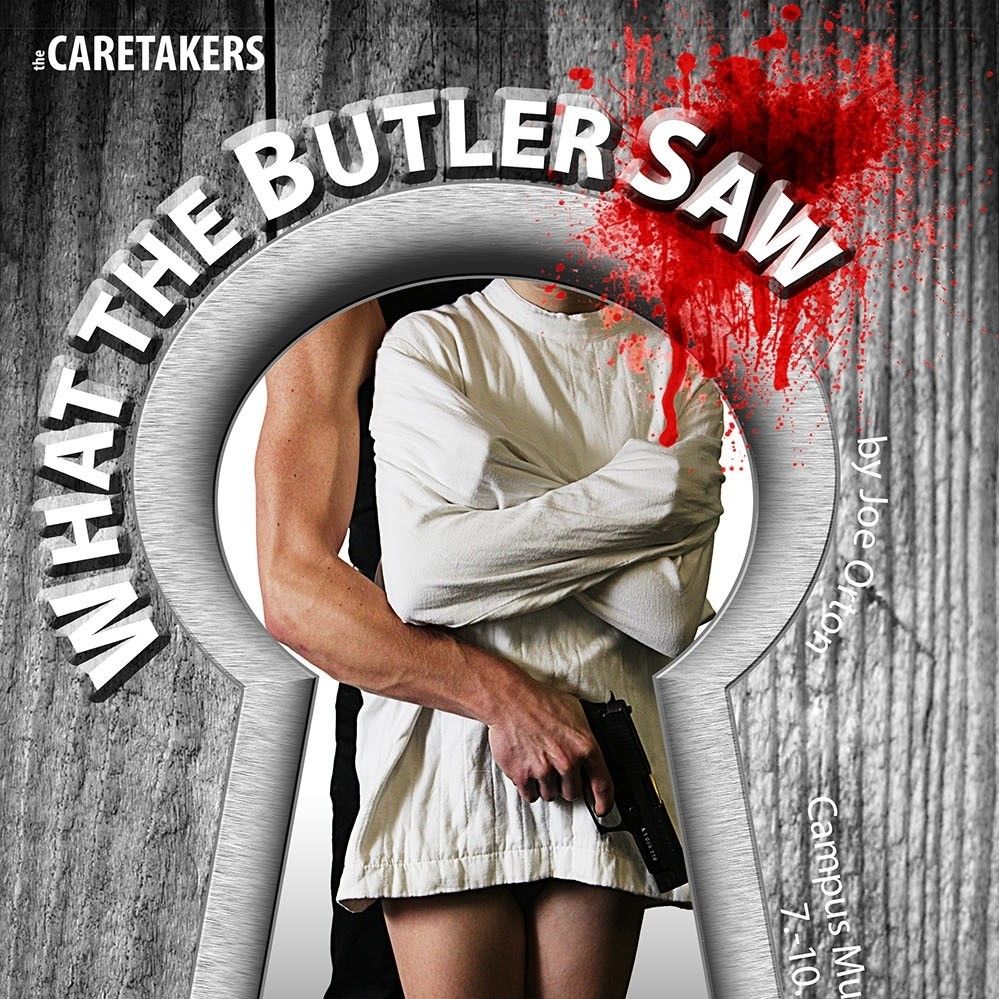 What the Butler Saw premiered on 7 February 2013 at the Campus Muristalden, Bern.

Life is hard for Dr. Prentice, a renowned psychiatrist, whose marriage is foundering on his nymphomaniac wife’s escapades and his countless affairs with ever new secretaries. But things are about to change when young and beautiful Geraldine Barclay enters Prentice’s office and applies for the once more open job of personal secretary. Little does Prentice know, however, that his attempt to seduce the naïve girl will be interrupted not only by an untimely visit of his wife but also by that of Dr Rance, a government inspector with rather questionable views on sanity. Oh, right, and a policeman. And a page boy with a box full of nudie pictures of Mrs Prentice. So what does he decide to do? Well, just what every self-respecting man with a degree in psychiatry and a naked girl in his study would do …