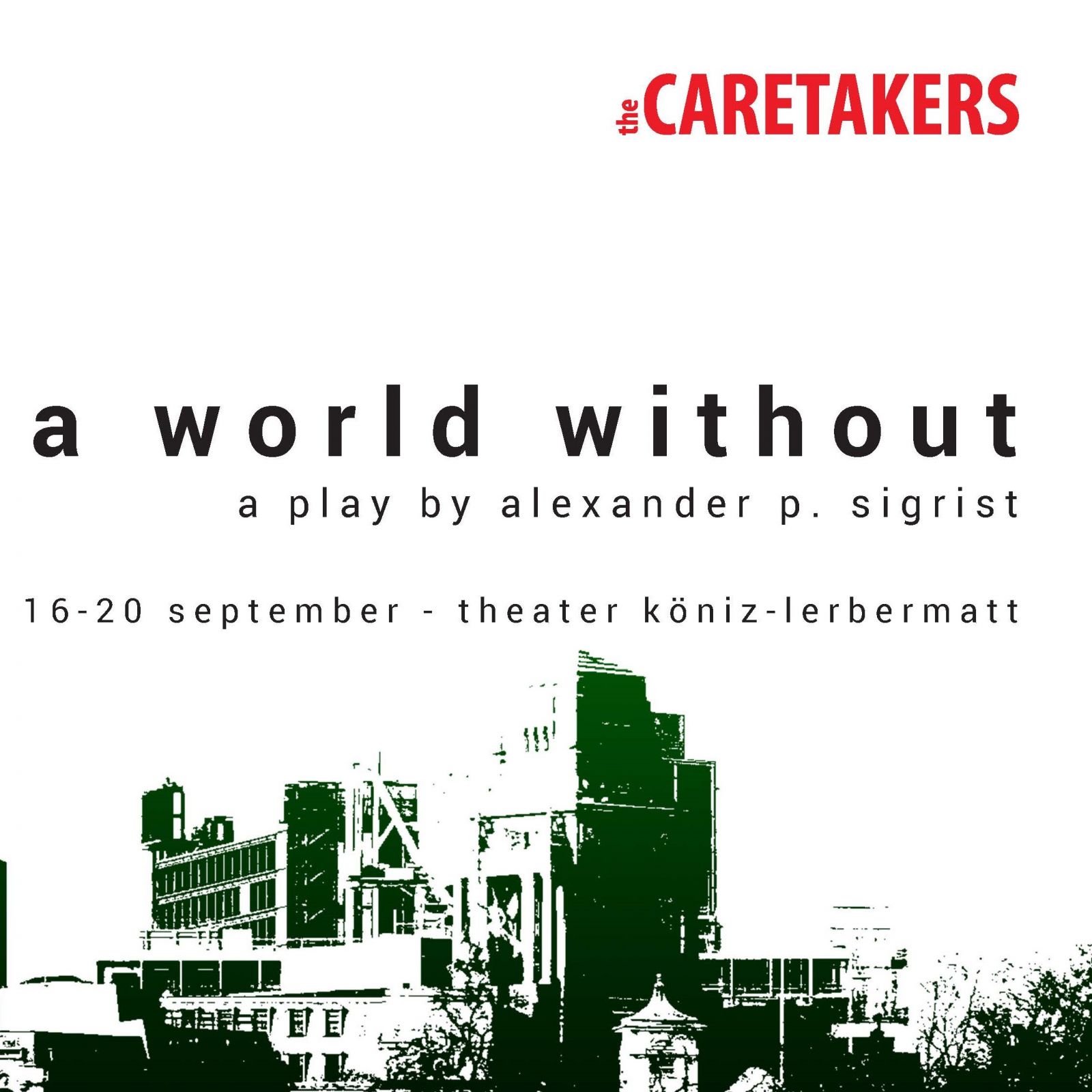 A World Without premiered on 16 September, 2015 at the Theater Köniz-Lebermatt.

When July gets Cody’s text, she is prepared to run away. He wants to talk and she knows immediately that it is over. Cody is breaking up with her. Disappointed, heart-broken, but too tough to admit it, she tries to figure out what is wrong with the world. Why are people suffering? Why are people unhappy? She finds others who share her feelings and joins the Occupy movement that is taking off throughout the world, ignoring her best friend Helen’s cautioning voice. Helen tries to protect July, but sometimes it feels like she might be better off talking to a brick wall.
Neil has got other problems. Having just attended his father’s funeral, and just as he is helping his sister, Sam, catch a plane to New York, he gets an assignment from his agency to write a PR proposal for Wall Street. Apparently some scientists found some particles than can move faster than light – and Wall Street would do everything to get their hands on that discovery. So he buys some books, he sits down and gets to work. All he needs to do is find a human angle in a system that seems to be doing its best to make humans obsolete. However, he does not give up. He needs to figure out a solution, before the voice in the back of his head drives him crazy.

With kind support of

Sound and Video by